In this article, we will install the SQL Server Express edition on Windows Server 2016 using a SQL Server Docker
container.


The virtual machine uses the virtualization technique to virtualize the physical hardware. Suppose we install the
Oracle VirtualBox in a physical server. We can configure multiple virtual machines with their operating system,
application, software, databases system, networking components. As shown below, we have created two virtual
machines. These virtual machines are completely separated from each other. In my earlier articles on SQL Server Always On Availability Group, we configured the AG between the different virtual machines. 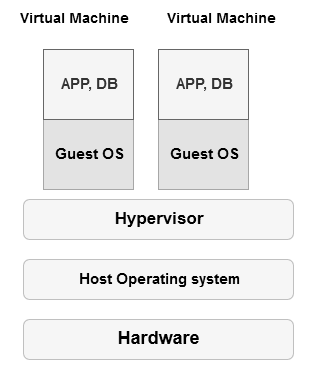 In the below image, we see a docker container. In a virtual machine, we install the operating system, but the
containers virtualize the host operating system. It also reduces administrative efforts to manage multiple operating
systems.

We can use the containers on both On-premises and cloud platforms for multiple applications and different languages. 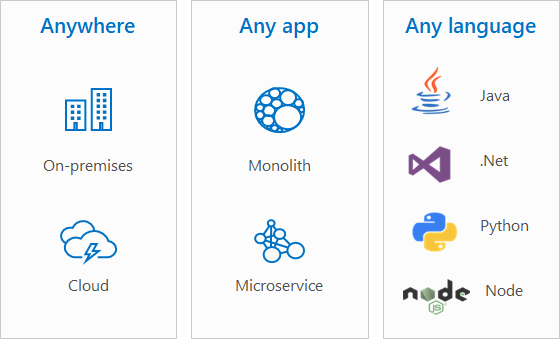 
You can refer to this article to understand the difference between Virtual machines and Containers.


In this article, we will configure the SQL Server container on the Windows Server 2016.


Let’s start with the docker configuration for the Windows Server 2016.


Take RDP of the Windows Server 2016 server and navigate to Server Manager-> Add roles and features. 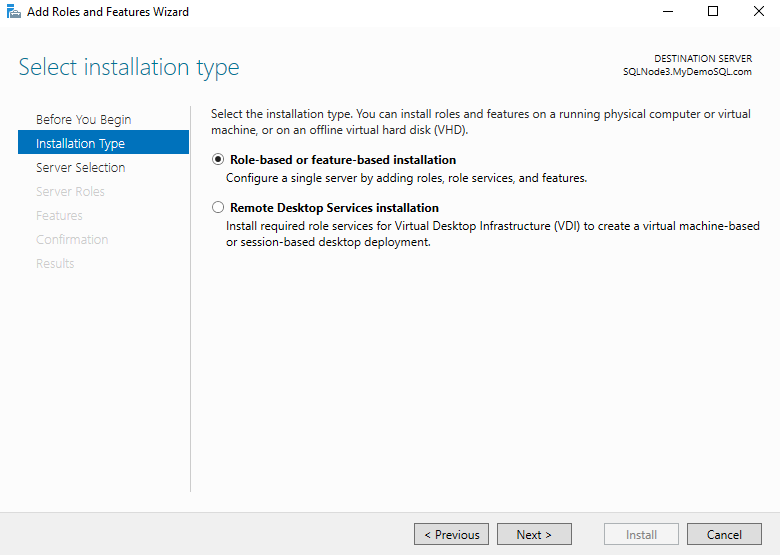 Put a tick on the Containers feature, as shown below. 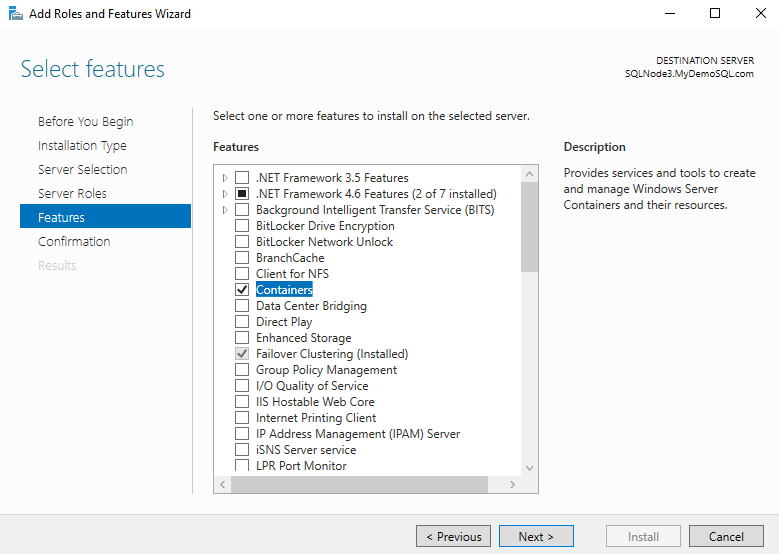 To enable the Container feature, we require to restart the virtual machine. You can do it manually or put a tick on
the Restart the destination server automatically if required. 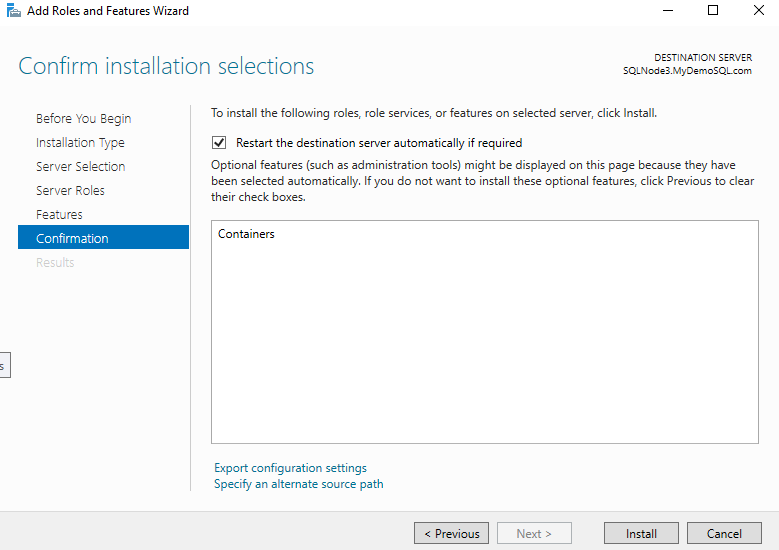 It automatically restarts the server and configures the Container in Windows Server 2016. 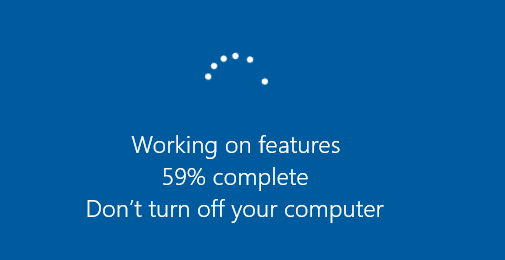 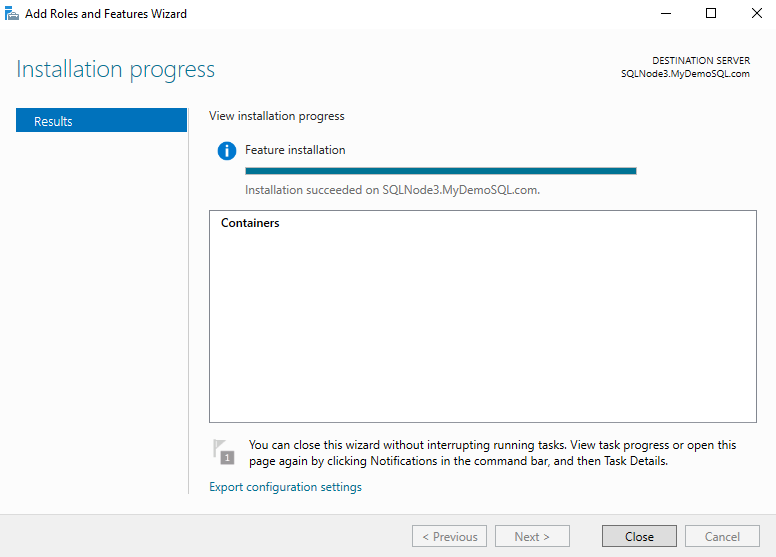 Alternatively, you can use the below PowerShell command to install the Container feature.


In the second step, launch the administrative Windows PowerShell to install the Docker-Microsoft Management provider for Windows server 2016.


In this step, we install the PackageManagement PowerShell module in the Windows PowerShell.

Now, open the services and start the Docker Engine service either manually or using the below PowerShell command.

The Docker Engine service is in the running status.


We can use the docker command to gets its argument, commands and their descriptions.

We use the docker version command to check the docker engine and client version.


The docker service must be running to install SQL Server Express. In a traditional environment, we use the
installation media and go through the various installation steps. Similarly, for a SQL container, we need an image.
We can download the image from the docker hub repository. It is an open-source medium to upload and download the
images.


To search for the SQL Server docker images, use the following docker search command.

In this article, we want to install the SQL Server Express edition. To download the repository, we need an active
internet connection. It uses the docker pull command for this purpose.

It extracts the SQL Server image after the download completes.

To check the existing downloaded docker images, we can use the docker images command. As shown below, we have
mssql-server-windows-express in our local repository.

Now, comes the best part for a SQL Server docker container. Suppose you have to need to prepare multiple SQL
database environment for your code testing. Let’s name the environment as development, unit test. In the VM, we need
to go through the installation wizard and configure the SQL Server. It can be a complicated task for you, especially
if you need it for testing purposes only. With the different environment, you might also complain sometimes- the
code was working fine on the dev server.


Here, we have used the following arguments for the docker run command:


Run the docker run command specified above and it returns the container ID as shown below:

You can run the docker ps -a command to check the docker containers in Windows Server 2016. As
shown here, we have a SQL Server Express edition. It quickly configures SQL Server for you.

To connect to the SQL Server docker instance, we need to IP address of the container. We can use the docker inspect
command for this requirement.


As shown below, it installed the Microsoft SQL Server Express edition for my Windows container.

Now, suppose you need to install another SQL instance. It is again a fraction of second work. Specify the argument
value in the docker run command, and your SQL instance is ready.


We get an error this time because of the port number. It is not able to create the endpoint on port 1433 because we already used it for [sqlshackdemo] container.

To use the existing docker container name, we need to remove it.


Change the SQL Server docker container port and run the docker run command, as shown below.

Check the IP address and connect to the SQL Server instance in SSMS.


In this article, we installed the SQL Server Express edition on Windows Server 2016 using the SQL Server docker
container. Docker container is an excellent way to quickly deploy multiple SQL instances and use them for the work.
I would recommend you explore it.

While working as a Senior consultant DBA for big customers and having certified with MCSA SQL 2012, he likes to share knowledge on various blogs.
He can be reached at [email protected]

View all posts by Rajendra Gupta